I’ve seen a few pictures of Easter egg cheesecakes floating around the land of social media lately. They look unbelievably delicious. So, I decided to make my own, and now I’m officially obsessed.

Not only are they very easy to make, they taste incredible. And you can adapt them to whatever flavour takes your fancy!

As for toppings, I chose white chocolate Malteser bunnies, Creme Egg halves (my favourite), chopped Mini Eggs and more mini marshmallows. But that’s just my preference – you can top your cheesecakes however you like!

I know these cheesecakes are absolutely loaded with sugary goodness – I mean, that is one of the awesome things about Easter – but as tempting as it might be to reach for the low fat cream cheese, it just won’t set like the full fat version, and your Easter toppings will sink.

It’s also worth noting that your cheesecake mixture does need a thorough mix. I started by combining the cream cheese and double cream, followed by the icing sugar. The mixture will seem quite thin at this point, but keep mixing. Once you’ve added your vanilla extract and marshmallow fluff, you will see the mixture start to thicken.

If you want to make these cheesecakes ahead of time – and can resist digging in as soon as they’re ready – they will last in the fridge for up to three days. Pop them into an airtight container or cover with cling film until you’re ready to serve. 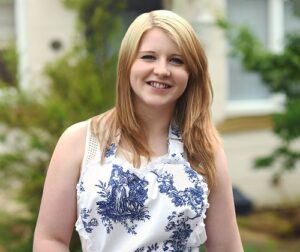